Since October 2008, products with an official "Non-GMO" seal can be found on the supermarket shelves. These products must comply with the legal requirements set forth by the EG-Gentechnikdurchführungsgesetz. This law includes the legal provisions which regulate the labelling of food products not produced from GMO.

Regarding food products of animal origin, specific applications in animal feed are allowed, even though animal feed produced from genetically modified plants is generally not allowed according to the EC-Gene Technology Implementation Law.

The requirements for food products with "Non-GMO" labels are more strictly regulated. In this case, the following are not allowed to be used:

Unintentional or technically unavoidable GMO intermixtures contained in food products which are above the technical limit of detection of 0.1% are generally not tolerated to be labelled as "Non GMO".

On 24th of May 2017 the association Lebensmittel ohne Gentechnik eV (VLOG) published guidelines for GMO analysis in feedstuff (ohne Gentechnik = no genetic engineering). Eurofins has the VLOG recognition to carry out GMO analyses for VLOG certified companies 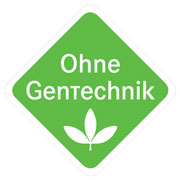 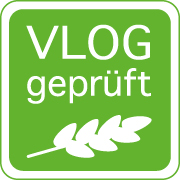